One of my New Year’s resolutions was to focus more on personal projects.Â  I laid out 12 projects, one for each month of 2009.Â  The first project is themed “Ice” — I figured January was a good time to take pictures of ice.

Originally, I was going to experiment with bubbles — I had read a blog post a while back where somebody said that when it’s cold enough outside, if you blow bubbles up in the air, they will freeze instantly.Â  Sounded pretty cool, but when I tried it out last night, the bubbles didn’t freeze until after they landed on the ground (if they didn’t break when they hit the ground).Â  It probably wasn’t cold enough and I might try it again later this week when tempuratures are supposed to be downright frigid, but to my delight, when I woke up this morning, there was a super thick frost all over the place.Â  So, I grabbed my camera and took the dog for a walk in the park to capture some images.

My favorite images are the two of the seemingly random branches all covered in frost.Â  The patterns that the branches make remind me of Japanese-style watercolor paintings.

You can view these and more of my images on my Flickr page. 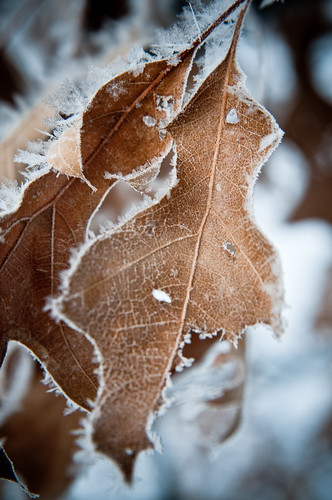 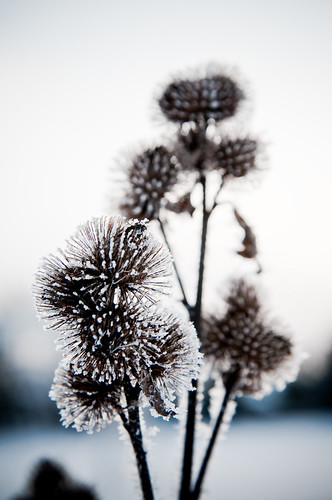 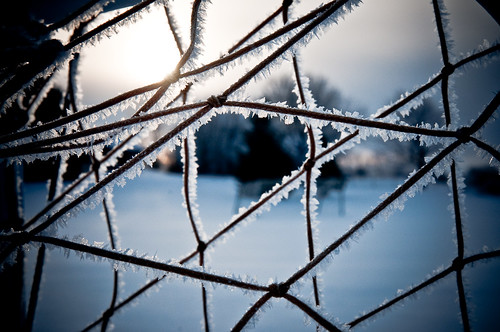 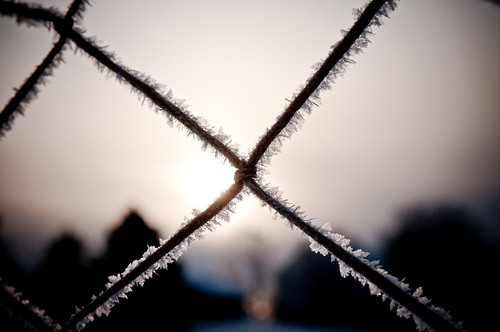 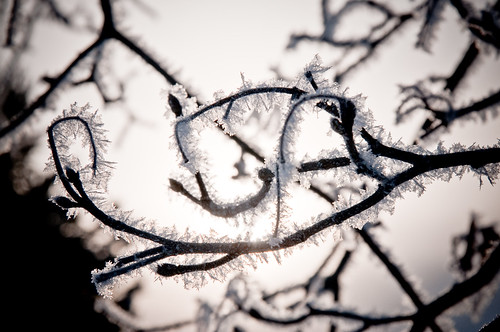 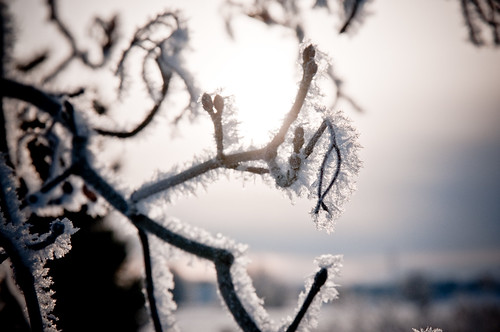 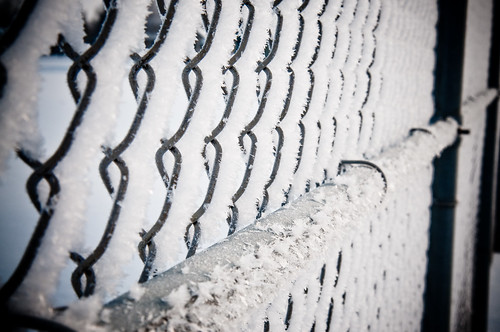 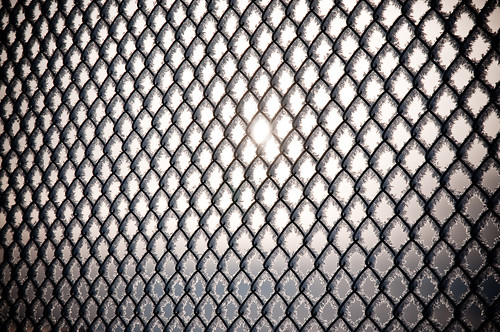 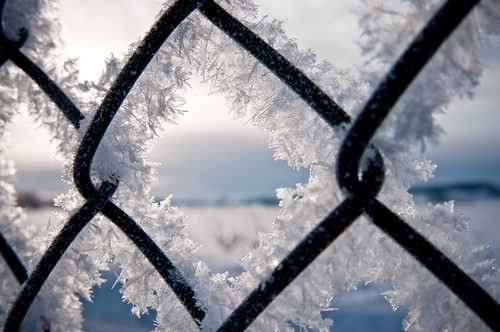 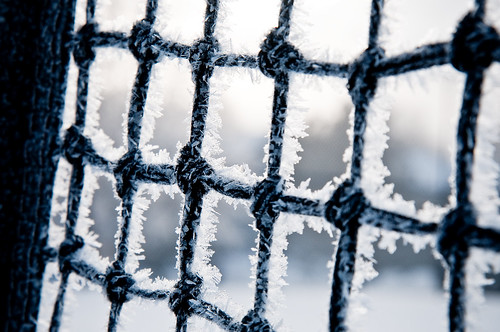